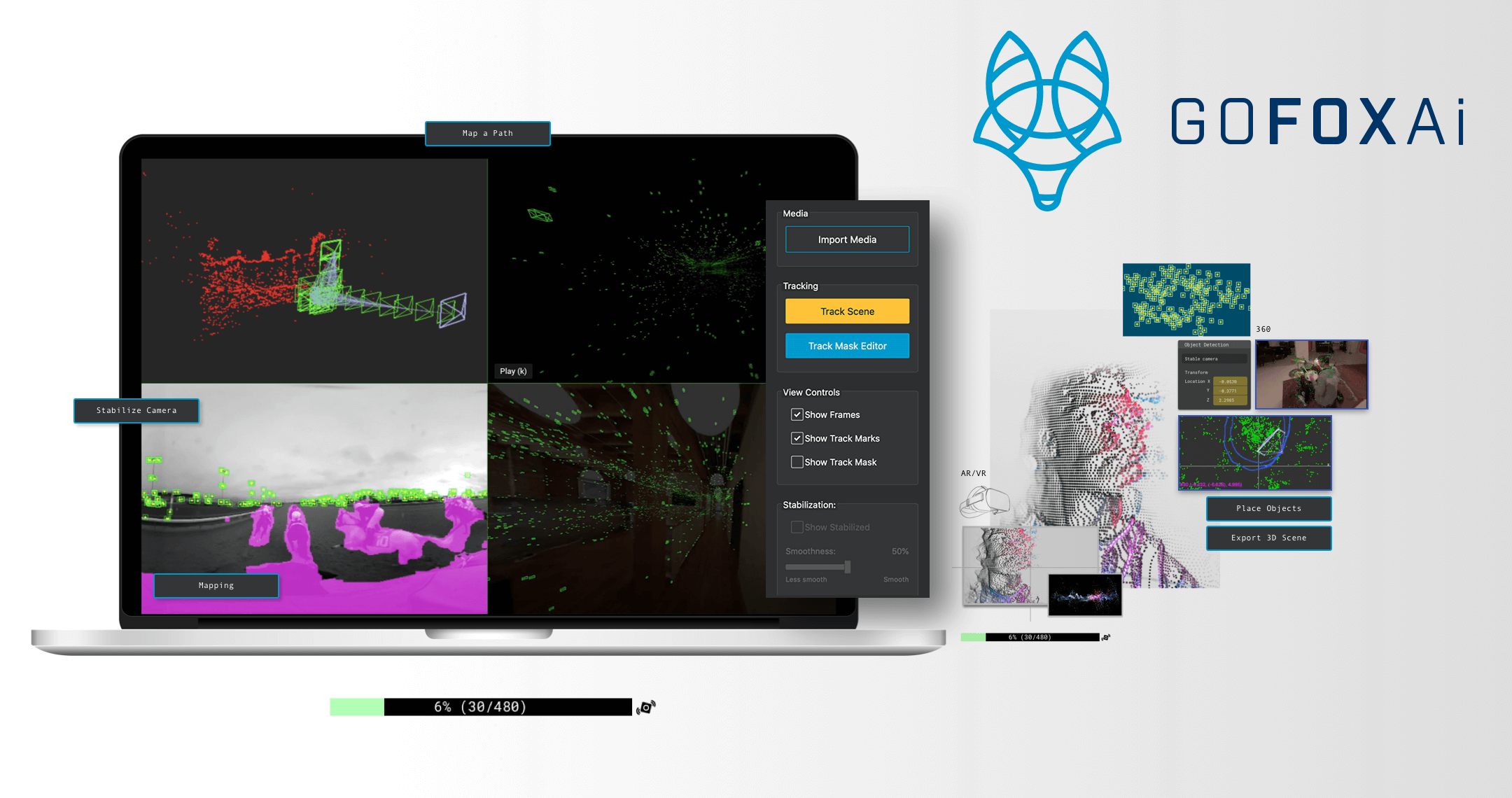 Torus Media is driven to create Immersive storytelling tools for content creators. Every challenge is approached as with an 'artists first' mindset. Their first offering, Canvas 360 for Adobe After Effects, simplifies monoscopic VR workflow and allows for easy tracking and stabilization. Canvas STK extends the workflow improvements to stereoscopic VR. Torus approached us to explore next generation ideas for media streaming and post-production.

Torus Media wanted a 360 degree video solution that was fast and effective for real-time stabilization and asset overlay capabilities. Our R&D lab got to work, and produced a prototype. Our prototype sparked a new direction: a fast, unprecedentedly simple yet powerful workflow for camera tracking. Quick sidebar: if you’re not already familiar with camera tracking, it’s pretty cool stuff. Using only a source video from any standard camera, it’s possible to “learn” the path of the camera through the scene, and recreate it 3D.  This technique is commonly used in Hollywood FX studios and let’s you place virtual assets (objects and animations) into the video footage world, as if those assets had been filmed in real life. This could include anything from giant robots to cool 3D text effects.

After over a year of research and development, we produced Fastrack under Torus Media's new GOFOX Ai brand. In FasTrack, users can quickly and easily track 360 degree and 2D videos. Tracking scenes with lots of moving objects is particularly tough (it throws off estimations of the camera’s path), so we harnessed the power of deep learning to assist. Once a scene is tracked, simply export to your favourite FX tool (Motion, Cinema 4D, Blender and After Effects are supported) and create some next level effects. Check out gofox.ai for examples of what's possible, and stay tuned for more great tools from Digitalist and GOFOX Ai!